Robert Saleh is poised to become the first Muslim to be head coach of an NFL team after reaching an agreement in principle with the New York Jets.

The 41-year-old will replace Adam Gase, who was fired after a season-ending loss to the New England Patriots left the Jets with a 2-14 record.

“The Jets have agreed in principle for Robert Saleh, the San Francisco 49ers’ defensive coordinator for the past four seasons, to become their head coach,” a statement on the team’s website said.

“Saleh will become the Jets’ 20th head coach in franchise history and their 18th coach appointed to take Green & White reins before the start of a new season.”

The American-Arab Anti-Discrimination Committee said Saleh would be the third Arab-American head coach in the NFL following Abe Gibron and Rich Kotite, but he would be the first ever Muslim head coach.

Saleh, who has 16 years of NFL coaching experience with Houston, Seattle, Tennessee, and San Francisco, helped the 49ers to the Super Bowl last season with the number-two ranked defence.

The 49ers ranked fifth on defence this season despite losing key players to injury, making Saleh an in-demand coach as several teams look to replace the man at the top.

Saleh, who is of Lebanese descent, reportedly also spoke to Philadelphia, Detroit, Atlanta, Jacksonville and the Los Angeles Chargers before agreeing terms with the Jets.

Ebay.com’s Offer to Buyers program (on top of that called Se… 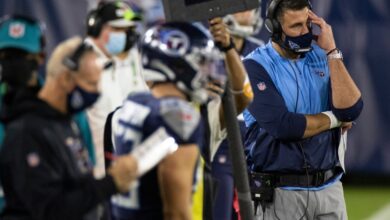 AP source: No talk of individual punishment for Titans