An arrest has been made in the Sept. 14 armed robbery of a sports card shop in Altoona, PA.

Jayson Hodges, 51, of Trafford, PA, was apprehended near Pittsburgh by Altoona Police late in the evening on Thurs., Sept. 16. Earlier that day, Altoona Police had learned that Hodges was a person of interest in the robbery.

Hodges told officers he had purchased sports cards from Juniata Cards in Altoona approximately 20 years ago and was able to recall one of the owners by his first name. The store, which has been open since 1987, has been a cornerstone of the town’s small business community.

Hodges was arrested at his home in Trafford, which is more than 100 miles away from Altoona. According to police, Hodges was on his roof putting up Halloween decorations when the arrest was made. Police say he tried to flee on bicycle, but was caught and taken into custody. According to officers, Hodges admitted to the robbery and indicated he had used the money from the burglary to buy decorations and other items.

Police say Hodges had entered the store wearing a mask, hat and gloves, and carrying a gun and ordered the store owners into a bathroom while he stole boxers of sports cards and cash. Altoona Police released a surveillance video of Hodges in the store, examining different boxes of cards. He can be seen putting some back on the shelf, while others were put into a plastic bin.

When Hodges was apprehended by police, he was wearing the same pants and shoes he had on in the video.

The video was distributed via social media. Blair County District Attorney Peter Weeks told WJAC-TV that the video was key in tracking down Hodges.

Weeks also told WJAC that the reputation of Juniata Cards in the Altoona community was a motivating factor for the police.

“This store has an outstanding reputation in the community, (it) certainly was targeted by the perpetrator of the robbery because of, you know, what they sell and it meant a lot not only to the police but the community as well to try to identify and hold accountable the person that committed the crime,” Weeks said.

With the assistance of Trafford Police, Altoona Police say they executed a police warrant on Hodges’ home. Officers found the stolen sports cards – Hodges had opened the boxes and packs – along with the 9mm gun used in the robbery. Police say Hodges had stolen the gun from a home in the Greensburg, PA area and then hid the weapon at a duplex near his home. He admitted to police that the gun was loaded during the robbery.

Hodges  also led police to the other clothes he wore during the robbery, to the opened sports cards, and to the plastic bin he used in the robbery.

Hodges was already on parole for a previous burglary conviction.

According to court documents, bail is set at $400,000, and his bail hearing is scheduled for Sept. 29. Hodges is being held in Blair County Prison. 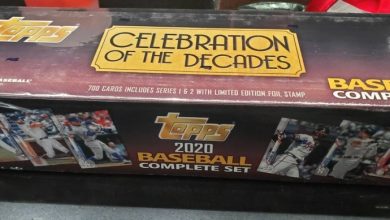 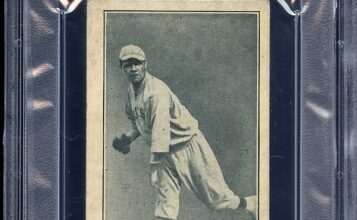 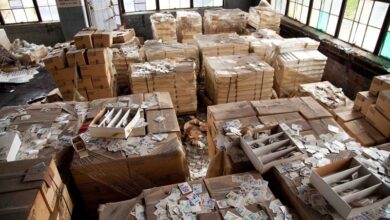 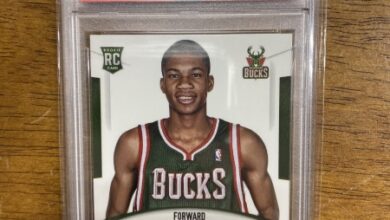