New Jersey-based Just Collect just purchased the previously unknown group of 1914 Fatima tobacco cards (T222) from a Maryland family that had owned them since the year of issue.

The group includes several Hall of Famers including Walter Johnson, Frank Chance, Grover Cleveland Alexander, Roger Bresnahan, Miller Huggins and Hughie Jennings along with a few that have proven to be elusive to collectors over the years.

“The cards are technically in low-mid grade but look amazing in person because of the clarity of the high quality photos used to make them,” Sheldon told us Thursday night. Produced on thin, glossy, brittle stock, T222s are tough to find in anything resembling high grade, but a new discovery—regardless of condition—is significant in the world of tobacco era cards. 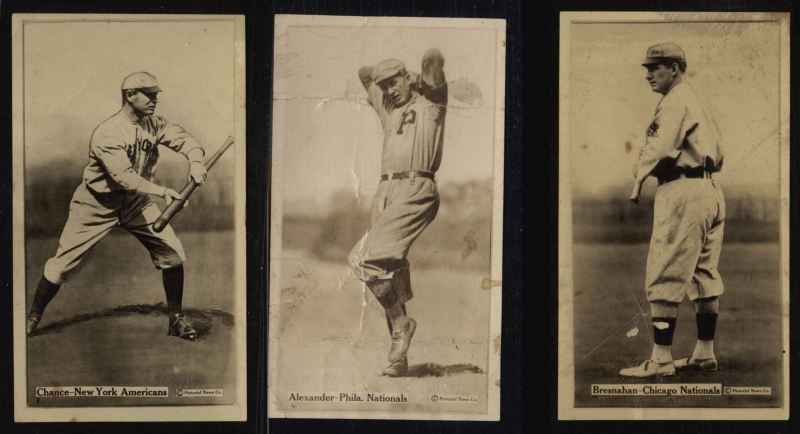 The known checklist for T222s includes mostly baseball players but there are also four track and field athletes and eight actors and actresses.  It followed the T200 set of 16 team cards that had been issued in 1913 and was one of the final sets issued during what collectors consider the “tobacco era” of 1909-1916. Unlike many of the other sets, though, Fatima used silver gelatin photographs to create the cards, which are rectangular in nature (approximately 4 ½ inches by 2 ½ inches).  The cards carry the copyright of the Pictorial News Company on the front. 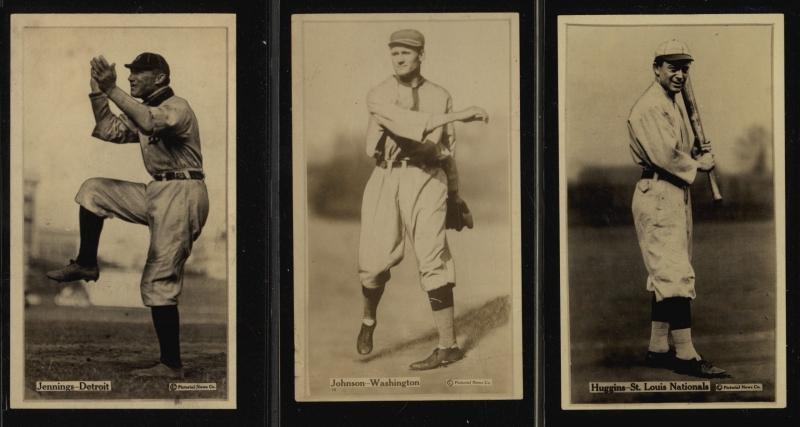 The story behind them paints an interesting picture of the era in which they were produced.  Sheldon says the family owned a business that included a hotel, a shoe shine shop and a confectionary store.  It was believed to have been located on Route 219 in Maryland—a much-traveled route at the time.  The family’s great-grandfather owned the hotel while another relative, remembered as a big baseball fan, worked in the confectionary.

“Apparently the story in the family was that he got all the cards for free because the customers just wanted the tobacco,” Sheldon recalled.  The cards were passed down through the family to the father of the man who contacted Just Collect. 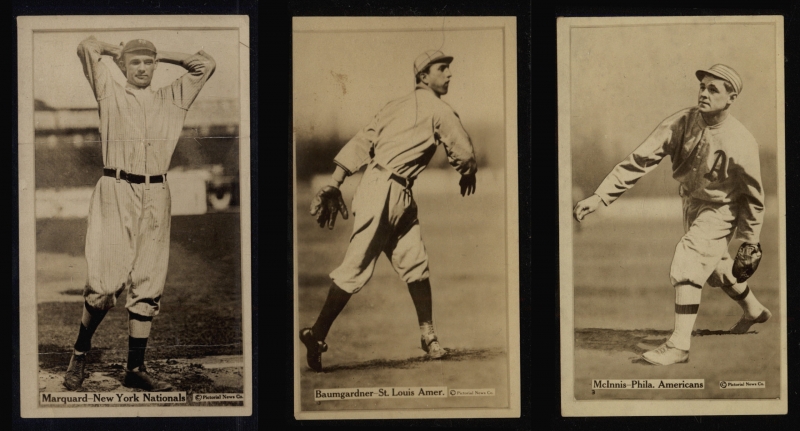 Interestingly, some of the advertising text on the backs of the cards was printed upside down. Such variations are also seen in other cards of the era and desired by collectors.

The cards will now make their way to a grading company.  Sheldon says he plans to keep a few and will sell the balance via private sales through Just Collect. He gave one of the cards back to the family as a momento.

After hanging onto them for 107 years, they’d certainly deserved a souvenir. 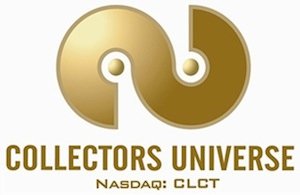 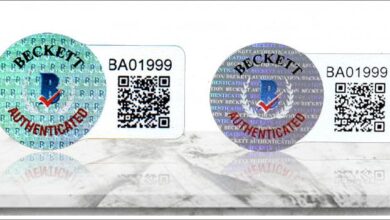 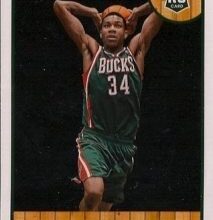 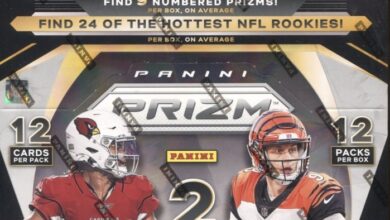